How to Use Synergy in Marketing

Synergy has been a marketing concept many marketers and perhaps Entrepreneurs have used most often and yet do not know the format by which it truly worksSynergy is a powerful concept if you know how to put it into good use. To do this is to first understand the true meaning of what a concept is.We see the word 'concept' used most often again this time abused. Why? Misplaced meaning.

So what is a concept?In layman's terms, a concept is the reason behind a thing or idea. My best definition is 'A concept is a DESIGN by which an idea works.' If it does not have a structure or a design or a frame by which that idea can work, IT IS NOT A CONCEPT. IT IS JUST A MERE IDEABut when there is a system or a structure in place to make your idea work, then that idea becomes a concept

Where therefore does Synergy comes in?Synergy comes in when you combine two CORRECT concepts together to form a powerful entity that works and performs better than each individual concept.The image of this post is an example of synergy. A graphic design in combination with a text ad creates a greater view than its individual work. Get it?

Another example: Sodium and Chlorine in their individual ions will not work better than when the two come together to form table salt which is Sodium ChlorideHow then do you use synergy in marketing?1. You need to know the 12 marketing concepts you have in your industry2. Know the fundamentals on which marketing is built3. Know how each of these concepts can be combined togetherFor instance, online marketing is never the same as the offline ownPPC is not the same as the TV advert, so you can't combine both together, that is not synergy.For example selling, attitude, price, customers are some of the marketing concepts that we have, to use synergy here is to know how to correctly combine them to grow your marketing campaign or business to form a true and powerful synergy

To know more on how to use this marketing concept more to grow your business on a larger scale, get my detailed resource here

How to Use Synergy in Marketing

Synergy has been a marketing concept many marketers and perhaps Entrepreneurs have used most often and yet do not know the format by which...

I am Olufolake Stephen Adams. I am a Pastor, CEO, Graphic designer, Biz coach, Author and Writer

The Widow and the oil 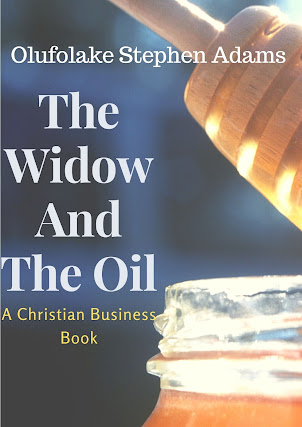 The widow and the oil is a christian business book, a hope to those who are in debt, bankrupt or have lost everything and don't know how to get right back up. It shows the biblical principle that has made millions rich today and is still making the rich, richer till date. When I found this to be true, it completely blew my mind and now, i share the secret with you on how God turned the oil business of a widow around and brought her from debt and bankruptcy into abundance. He can do it for you IF YOU WILL REPEAT THE BUSINESS PRINCIPLE PROPHET ELISHA told her to do and to follow

9 Simple Steps in Getting what you want out of Life 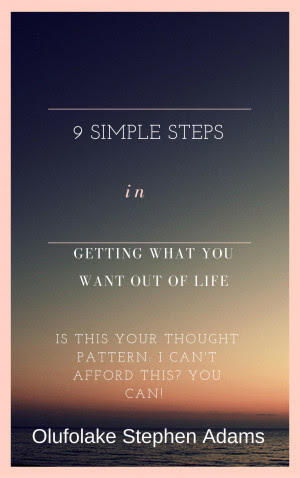 Have you been trying to get things in your life and no matter how hard you tried, you never got it? I mean not once, twice but several? well, I have good news for you on how to get what you want out of life. I know you might say, that is what they all say, how is yours different from them that will deliver what you say? It is because it is the SAME TEMPLATE i used in getting mine over and over again that have lost count. It will show you where you are missing it, then you can zero in, in getting finally what you want

The Power of Starting Small 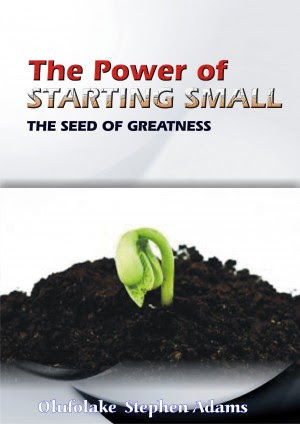 Just starting your business or project or something you love and you are on the verge of giving up, thinking it's not worth it or that nothing good will come out of it? I want to encourage you to hold on, THERE IS POWER, GREATNESS in that small business or project. How? Because in every oak tree is an ACORN, destroy the acorn and the oak tree is gone. That smallness in your hand is your SEED OF AND ONTO GREATNESS. Inside this ebook, you will discover the power that is inside that smallness in your hand, BY THE TIME YOU ARE DONE READING, YOU WILL NEVER AGAIN, DESPISE ANYTHING SMALL. In the ebook, you will also learn about the 10 Habits of self-made millionaires to encourage you NEVER TO GIVE UP ON YOUR DREAMS, no matter how small 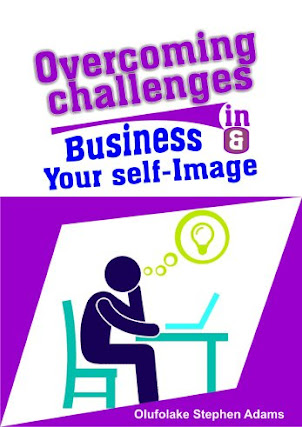 Business Challenges are bound to happen as you set out in building or growing your business. So are you going through one right now? Business challenges like inability to get buying clients, sales, sell, market your products or services, location in getting sales, ineffective communication and connection with prospects can actually SHUT your business down. Found solutions to the listed challenges mentioned? If not, then you are in LUCK, as this business resource spoke EXTENSIVELY on how to overcome, GET A COPY TO START This is a box set of collections on money that teaches you: How to grow your money as a money maker, whether as a job earner or as a business owner or an entrepreneur or self employed. Many wants to be rich but forgot that until you learn how to grow that money, to yield you in profits or dividends, you won't end up wealthy. This money ebook series will show you how to grow your money without losing a dime. It is the secret have been using that doesn't allow me to lose a dime in all my investments. 2. How money flows. Wealth has a direction. Get that direction and the money will flow to you eg wealth flows in the direction of energy. Those who are in the different forms of energy, are they not rich? The money flow ebook: Energy and Money in the series will teach you What about your time? This is another way, money flows. Do you know how much is in a year? It is based on the secs, which is 31,536,000 secs. If you make a $/sec, how much is that in a Year? You will restructure your time and focus on setting up a system that pays you PER SEC How? The money ebook: Time and Money ij the series will teach you The others: Value and money, Natural resources and money will show you how to create value that sells and how to market that value plus teach you the 4 types of value 3. How to use your natural resources around you and show you the 9 Laws that Govern Wealth Building, so that you can build one for your generation . All for just $150. This set of box collection and what you will find here, AREN'T TAUGHT ANYWHERE. TRUST ME when I say so. So, if your desire is to create a consistent flow of money towards your direction, then my friend, you will need to know HOW THAT MONEY IN YOUR HANDS, FLOW. There are 6 ebooks within the series. 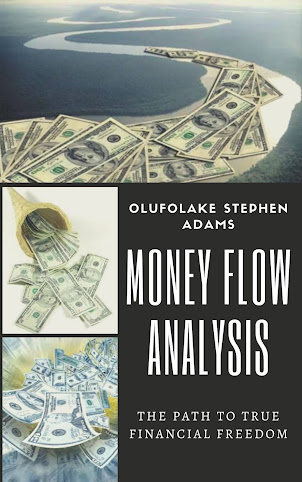 Want more money? Then learn this fact: The rich and the poor both have 24 hrs a day, 365 and 366 days in a year, so if we all have the same TIME FACTOR, how come that we don't all come out the same? Again, the answer is found in the usage of time. There are some things that the rich knows that others don't, because THEY GIVE THEMSELVES TO KNOWLEDGE TO BUILD THEIR MINDS so that they can seize the opportunities that time has to offer